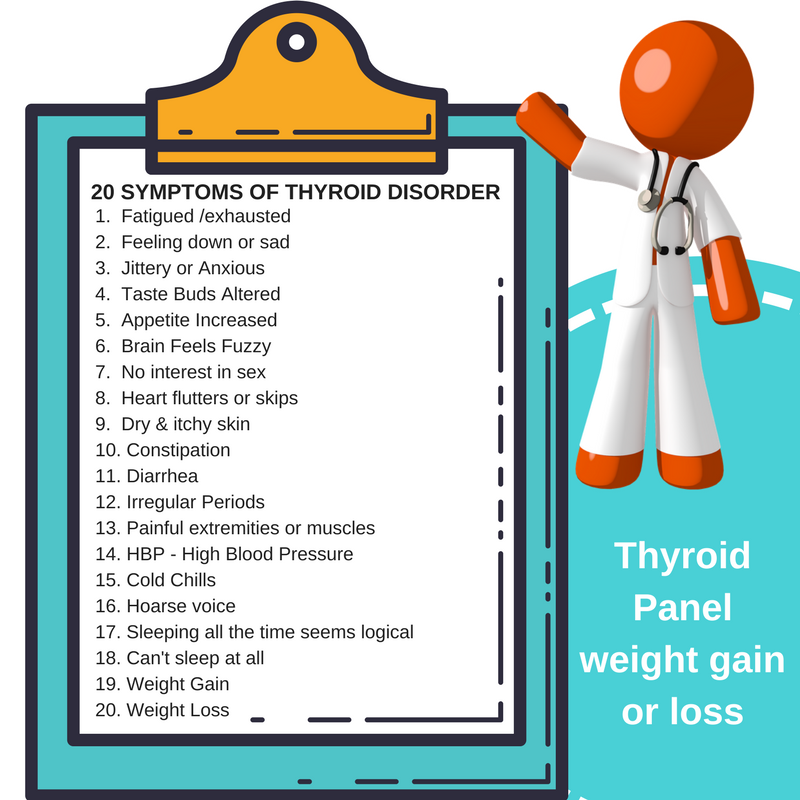 Can't lose weight? It may not be your fault.

20 Symptoms That Indicate a Thyroid Disorder May be Bothering You -

It is estimated that over 30 million AMericans have a thyroid disorder and half of them - 15 million, are suffering needlessly because they have not yet been diagnosed according to the American Association of Clinical Endocrinologists, the specialist doctors who treat this condition and other endocrine disorders. Women ate 10 times more likely to suffer with a thyroid disorder/

The thyroid is a butterfly-shaped gland in the neck. It can have a dramatic impact on a variety of bodily functions. If you are over 35 you have 30% greater chance of developing a thyroid disorder.(1)
The thyroid produces hormones that regulate metabolism, heart rate, body temperature among other functions as well. When it goes wonky too high or too low chaos is wreaks in the body. With the thyroids reach in the body affecting the brain to the bowels diagnosing a disorder can be challenging, hence many symptoms are either dismissed or brushed off as another condition or related to stress and the patient remains undiagnosed.

Some providers will run just a TSH test and if it's within range it is assumed there is no thyroid condition, however this is not always the case. As complex as the systems it controls so is diagnosing a thyroid that is too sluggish or too fast. Either way early intervention can reduce the suffering and long term damage form lack of treatment. We have developed two panels to use. One is for the diagnosis and the other is for follow-up.

How Often Do I Need To Test my Thyroid Levels?

As long as you are being treated you will have multiple tests per year. Once treatment has begun your doctor will want to check your levels again within 2-3 months to make sure you have leveled out into a safe zone. Sometimes the medication needs to be increased and other times decreased.

Save this product for later